As the industry of scooters has developed so has the use of Hub motors. Although hub motors do have some advantages such as been extremely quiet (which can be a positive and a negative depending on how you view it), little ongoing maintenance due to no chain/belt drive being used and a small form factor which can reduce the overall weight of a scooter, there are a number of drawbacks that people often overlook. The most common complaint is that it’s often impossible to take the rear tyre off when it needs replacing. Generally speaking the only option is to take it back for servicing as most hub motors require a tyre changing machine to perform this task. Although people have tried to do this themselves, it usually ends in the rim being permanently damaged as the owner tries to use common tools to pry off the wheel. Damaged rims will no longer seal properly and start leaking air.

Another issue is generally related to the motor and controller and mostly stems from the controller used. As the hub motors don’t have gearing that can help, depending on the weight, gradient and terrain that you are riding on the controller is more prone to burning out. This is because higher weights, steeper gradients, high resistance terrain (like grass) loads up the motor and controller to high current levels for sustained periods. This sustained load produces vast amounts of heat, which is why some controllers that are designed poorly have very short lifespan. However it is a case by case basis and is heavily dependent on how you use your scooter. 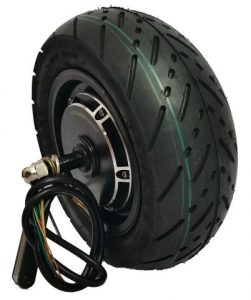 Performance wise you often see two hub motors employed to do the same work one mid-drive motor can do. This is generally because hub motors have a lower efficiency and lower power to weight ratio, which means you require more power to meet the same speed and performance that you would see from a mid-drive motor. In Layman's terms if we had a hub motor that had an equivalent wattage rating as a mid drive motor, the mid drive motor will outperform the hub motor everyday. 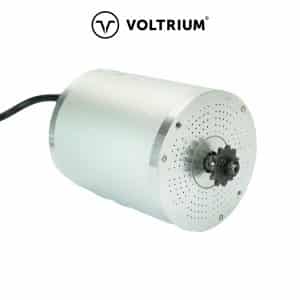